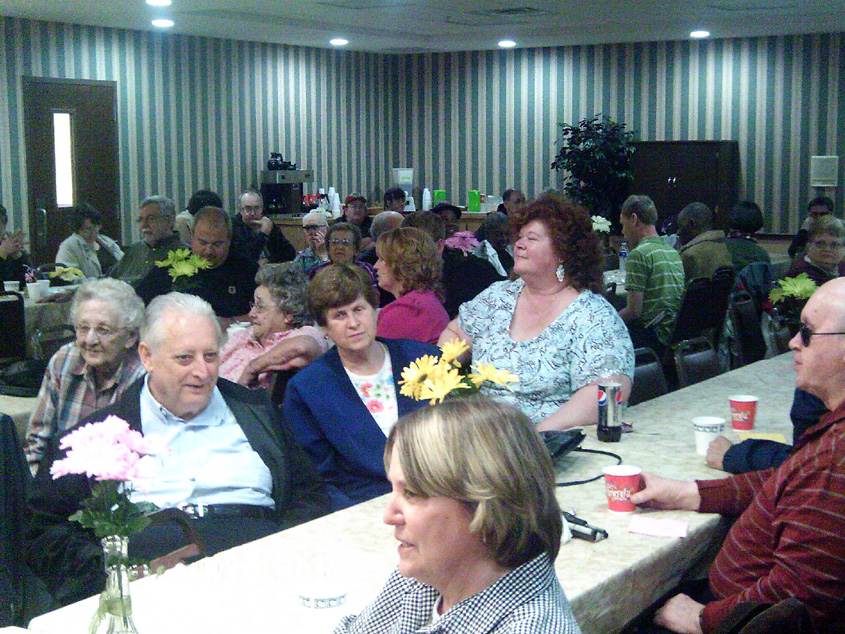 1924 - 2020
CELEBRATING 96 YEARS
HELPING THE BLIND & VISUALLY IMPAIRED
OF STARK COUNTY, TO HELP THEMSELVES

The Philomatheon Society of the Blind was founded in 1924 by a blind teacher, Mrs. Emma Wernet. Her idea was to "relieve the terrible loneliness of the blind by getting them together". A few friends would gather and the sighted would read-aloud to the visually-impaired. From there the club grew.

The Society was formed with 18 charter members as a social club. There were originally 8 sightless and 10 sighted members. They formed "for the purpose of establishing social, educational, and economic contacts for the men and women whose handicap prevented them form leading the normal lives enjoyed by their seeing neighbors". The Society met in various locations, including the Canton Area YMCA and First Christian Church. It eventually grew from a social club to a rehabilitation agency run by the blind for the blind.

The term "philomatheon" is derived from ancient Greek, and means "lover of learning". Harry Stiller, one of the charter members, and an early Society president said, "We adopted that name because, when one loses his sight he has to learn to live differently and he has to learn to work differently. We are still learning."

In 1941, The Society was incorporated by the State to become The Philomatheon Society of the Blind of Canton, Ohio, Inc.

This is also the year the Society obtained their first Home for the Blind, located at 716 Cleveland Ave. SW. The former nursery was donated to the group by the Junior League and the Children's Mission Society. The cream-colored home contained 16 rooms and was used as a residence for 11 members and a housekeeper. The home served as the primary meeting location for the Philomatheon Society from November 1941 until 1951.

The Society was formed originally with 18 charter members. Today, the Society has more than 60 members and a 9 member Board of Directors, the majority of whom must be blind or visually impaired.

Ten years later, in April of 1951, the Society purchased the Hartung Home at 2810 West Tuscarawas Street.  The Lela Fawcett addition was built in 1960.

The Home served as a complete residence for up to 16 blind people and  as part of the complex, there was a retail sales outlet and workshop.

The Philomatheon Society engaged in retail sales of a wide variety of household articles made by blind people.  Members participated and supervised the sales of towels, brooms, ironing board covers and a host of other useful household items.

After almost 50 years in the Hartung House, discussion began regarding closing the Home for the Blind.  In May, 2000 a meeting was held to change the Constitution of the Society and by a unanimous vote by members, it was decided to close the home.

The Canton Preservation Society heard about the razing of the Hartung House and following many meetings and letters, the home was offered to them at no charge and they chose to move the house in April, 2001 to the current location of 131 Wertz Ave NW.

March, 2003 the ground was broken for the new office building of the Philomatheon Society of the Blind at 2701 West Tuscarawas Street, Canton, OH   An Open House was held on November 15, 2003.

The  Philomatheon Society continues to assist residents of Stark County who are blind or visually impaired to remain an active member of our community.